Asian food has a lot of different local style of cuisines such as Central Asian, East Asian, North Asian, South Asian, Southeast Asian, and West Asian. All these cuisines have a similarity so which we Aussies are not able to differentiate, even some of us don’t know there are different regional cuisines. Anyhow, Asian food is much healthier compared to Western cuisine or any other cuisines.

Even though there are different local style of Asian cuisines. But, they use a range of Ingredients common to many cultures in Asia that includes rice, ginger, garlic, dried onions, sesame seeds, chillies, soy, and tofu. The common method of cooking they use to cook is totally different from other cuisines such as stir-frying, steaming, and deep-frying. So, it will be really easy to find healthy options on any Asian cuisine menu. Now let’s jump into the 7 best Asian food which is healthy. 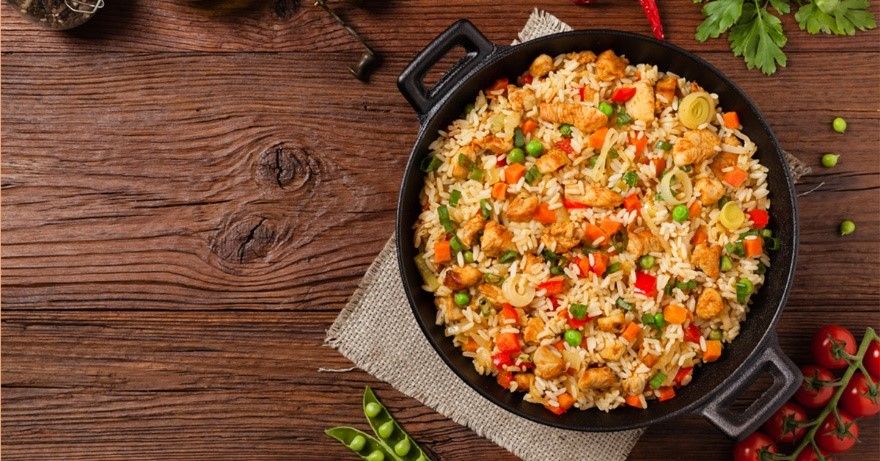 Well, it’s a common food you will find in any Asian Restaurants. If made appropriately, vegetable fried rice using very little oil, lots of vegetables, and only enough soy sauce to flavour and season. Seasoned with five spices and sesame oil. Yummy!!! You have to tasty it. A very well-flavoured dish with quickly cooked veggies that hold their nutrients. Maybe add a few nuts for extra crunch and energy.

King Po Chinese Restaurant in Mudgeeraba which serves the best Vegetable Fried Rice if you are nearby try it and tell us your experience. 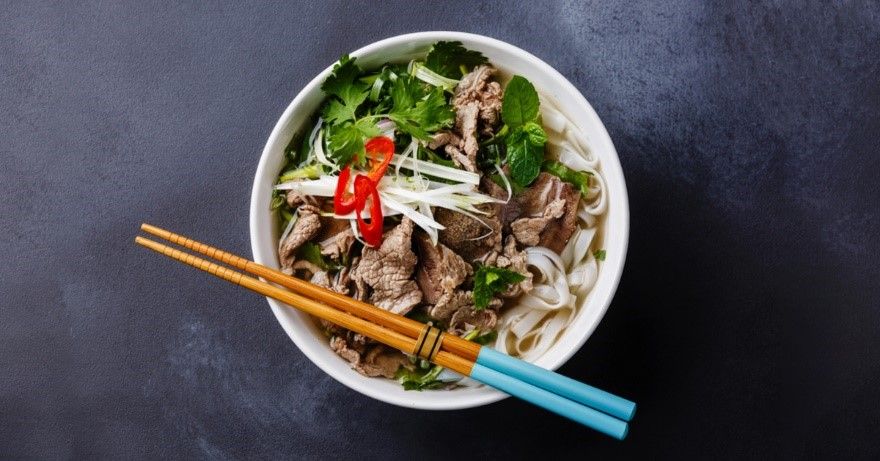 Pho is a Vietnamese soup be made up of rice noodles and broth with some herbs and spices and meat or chicken. The meat can be replaced by vegetables for a vegetarian option. Pho is one of the popular food in Vietnam where it is served in every household, and restaurants general including street shops. Vietnam's native dish is the Pho that is served for breakfast, lunch and dinner (anytime and anywhere in Vietnam). This dish is a great source of energy, which is full of protein and low on fat, with the extra vegetables adding some essential nutritions.

Nam Son Vietnamese Restaurant in Springvale, which serves the best Vietnamese Pho if you are nearby try it and tell us your experience. 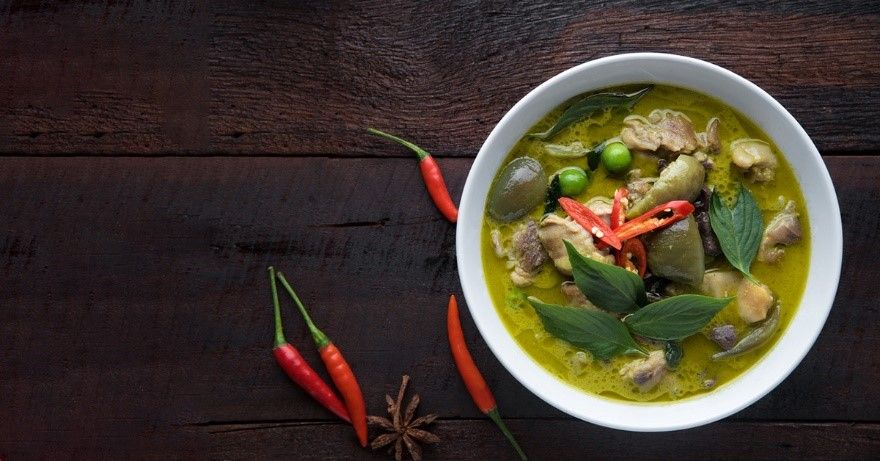 The Thai Green Curry gets its name from the colour green chillies which give the distinctive green colour and it is a traditional Thai curry thus, gets the name “Thai Green Curry”.

Thai curry itself is creamy and rich. Even though the traditional version of the curry is unbelievably spicy and healthy. But nowadays, people have managed to get the curry to be less spicy with more healthy ingredients. The main ingredient in the dish is Chicken and fish (protein content), vegetables, chillies, lemongrass, coriander, among other herbs and spices, and coconut milk (it is added to give a sweetness to the curry).

Fresh N Yummy Thai restaurant in Elizabeth which serves the best Thai Green Curry if you are nearby try it and tell us your experience. 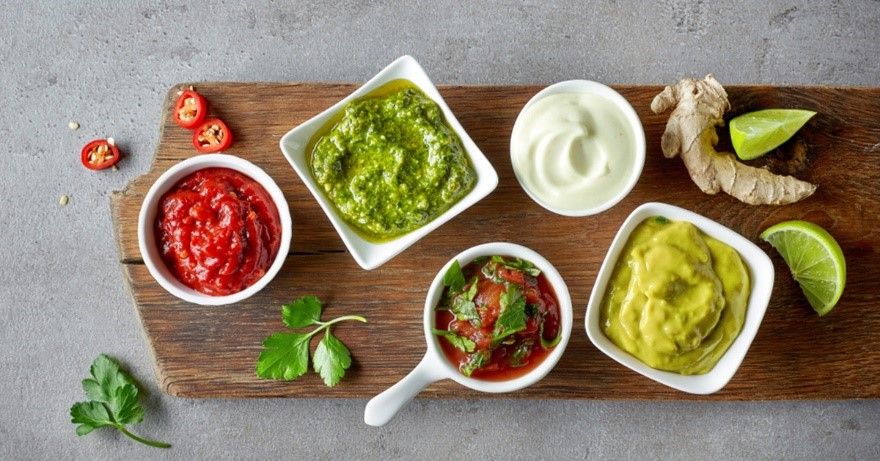 Did you know there is a fifth taste other than sweet, sour, bitter and salt? Umami is that fifth basic taste that most of us are unaware of. Umami can be described as the earthy, roasted flavour found in fermented meats or asparagus, tomatoes and grains. There are some rare dishes all around the world has this flavour, it is a necessary characteristic feature in some Asian dishes which imparts a unique taste depending on the preparations.

To be honest, Asian condiments, side dishes and snacks are rich in healthy ingredients compared to the western snacks and condiments (which is mostly made of sugar). 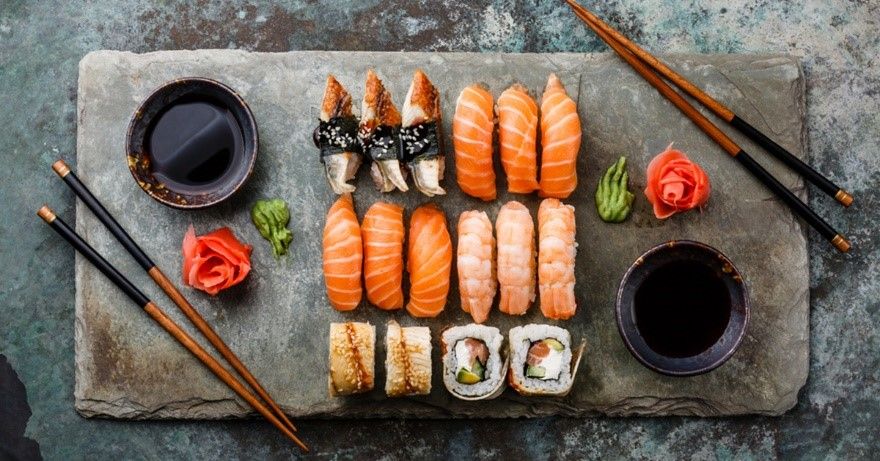 We all know about Japanese Sushi but, did you know there is Korean Sushi? Yes, there are a few types of Korean sushi such as Kimbap, Gimbap or simply the Korean Sushi Roll. It is no difference between Japanese or Korean Sushi. Both are made using cooked rice which is rolled in dried seaweed sheets.

There is some sushi that is deeply fried, which is also very healthy. All the sushi in any sushi shop around the world are using seafood which is raw. So, all the nutrients are preserved; seafood can be substituted by vegetables which are also clearly as nutritious. To give it a strong flavours ginger, soy sauce or wasabi are added. 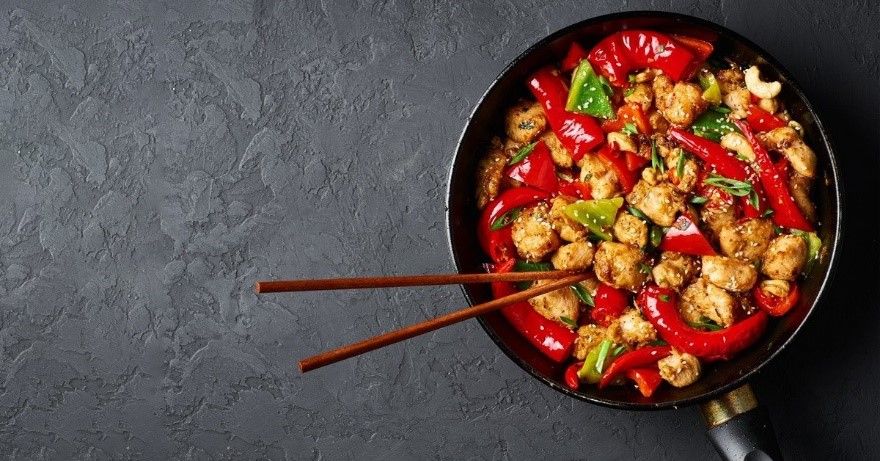 Stir fry is a common dish in China and in most of the Asian countries. It is one of the tastiest and healthiest ways of eating vegetables. Stir fry is a process that cooks minimally which keeps the vitamins and other nutrients intact while giving a crunch to the food. This can have a different flavour every time depending upon the ingredients. But the commonly used ingredient is ginger, chilli, garlic and soy sauce.

Bamboo City Chinese Cuisine in South Yarra, which serves the best Thai Green Curry if you are nearby try it and tell us your experience. 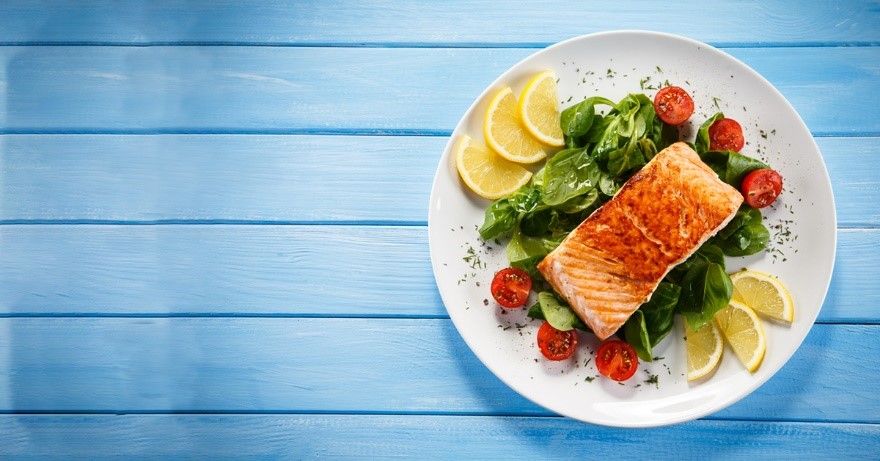 Grilled fish is a dish that has now entered into the western menu. But, it all started in Asia. In Asian cooking, fish is always cooked on grill (healthiest way to eat fish). Grilling is a way of cooking that uses less grease and even reduce the extra fat in the fish leaving only protein. Grilling also allows the fish to cook faster which maintains the freshness of the fish. It is often glazed with flavours such as soy sauce, lemongrass or ginger.

Get $5 OFF on your first app Order